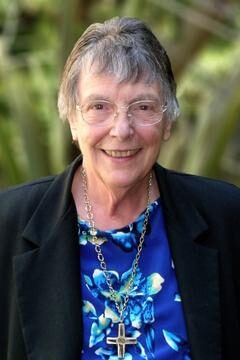 During her last few weeks she received many visitors. Steady streams of young and old came to thank her for "saving their lives."  Sister Dolores is the one who had helped them find food, shelter, medical care and assisted them in the arduous citizenship process.  Msgr. Timothy Dyer says of Sister, "She brought Christ to the neighborhood."

Sister Dolores will be remembered for her compassion, warmth, patience and humor.

Sister Dolores was preceded in death by her parents, Elmo and Ernesta Pardini.  She is survived by her sisters Loreene Giansiracusa of Los Gatos, Loretta (Sr. Daniel Joseph, MM), her brothers Daniel Pardini, of Chico, and Richard (Sharon) Pardini, of San Jose.