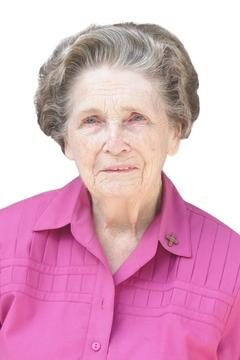 A dedicated educator for fifty-two years, Sister Janet taught and administered Notre Dame elementary and high schools in California as well as Hawaii and Washington. She earned her MA in Library Science and served as Librarian at Notre Dame High Schools in Alameda and San Jose, and, in retirement, was archivist for the Sisters. She enjoyed her years as moderator of the NDSF Alumnae Association.

Sister Janet is the daughter of Thomas Egan and Genevieve Morrissey, and sister of William Egan, Trude Oliver and Marian Hofmann, all deceased. She is lovingly remembered by her nephew William Egan, her nieces Lauren Oliver, Janet Oliver, Elizabeth Rhone, and Marcia Summers, many friends, former students and her Sisters of Notre Dame. A Mass celebrating Sr. Janet's life was held on February 15, at 11:00 a.m. at the Sisters' Province Center, Belmont.