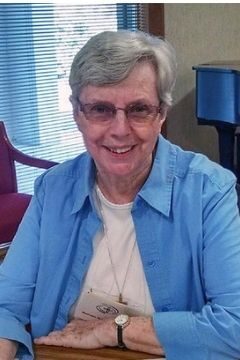 Sister Maureen is the child of Irish immigrants; her father was from Donegal and her mother came from Mayo. She is the youngest of three, and grew up in an extended family. Her parents and her aunt and uncle were siblings, because two sisters married two brothers. So when her mother died when she was two years old, her aunt, uncle and their daughter moved into the their house in Somerville and they lived as one family. Maureen attended elementary school at St. Ann’s, the parish school. She attended Julie Billiart Central Catholic High School for Girls at the North End of Boston. Ultimately, her brother Danny entered Maryknoll and her sister Ann married.

In her senior year, Maureen was asked by her teacher if she ever thought of becoming a sister. That was in 1961, and she entered the congregation in same year her brother was ordained and began his life as a missionary priest. She said that her father was proud of them both.

Maureen's first mission after finishing the Juniorate was to teach a class of junior high students. She loved them and delighted in the classroom. The difficult part of that time was that the Superior was not well and life was difficult in the community. Maureen has remained especially close to three of the sisters from that first assignment.

Her favorite mission was to Washington, D.C. where she ministered for over 20 years as an adult education teacher. She found that her greatest gift was working with Adult Basic Education students. Another of her beloved ministries is her participation in the SNDdeN Anti-Racism Team. One of her favorite quotes related to anti-racism work is, "Once you step into awareness, you can't step back."

In 2021, when celebrating 60 years as a Sister of Notre Dame de Namur, she said "At this time of Jubilee, I am grateful for God's love and grace given to respond to the needs of the time on the path of life's journey."