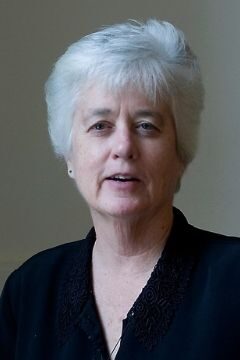 Carol Miller was a student at Notre Dame High School in Belmont, Calif. when Pope John XXIII was elected and announced the Second Vatican Council. This was a defining moment for her. "There was so much energy about The Church in the Modern World," she remembers. "As high school students, we were captured by this new vision and energy. It was so exciting." In keeping with the vision of the Council, both prayer and mission drew her to Notre Dame de Namur.

Always a teacher, a student, or both, her first years were spent in Notre Dame and parish schools throughout California, including Mission Dolores Boys School in San Francisco, Notre Dame School in Folsom and Notre Dame High School in San Jose. In a recent note to Sister Carol, former Mission Dolores student Josef Aruajo wrote, "For some reason you encouraged me not to be the best but to do the best I could. I was never a good student, but I just didn’t want to disappoint you. You wouldn’t let me get anything less than a C. You would make me redo the test with a smile and say 'I know you can do better.' And I would. I wanted to let you know that in my years of school you were my favorite teacher."

Over a 20-year span she earned degrees in education, administration, psychology and religion, as well as three credentials. In 1980 she began volunteering at Stanford University's Children's Hospital and its blood bank and continued in that service for nearly 25 years.

In 1981, grants allowed her to earn a degree in pastoral counseling which included participating in a seminar with Dr. Viktor Frankl at Santa Clara University. This experience was followed by a scholarship she received for theological studies at the General Theological Union, Berkeley. From 1986-2004 she was both a student and teacher of Dr. Frankl, speaking at World Congresses of Logotherapy, and writing articles on Dr. Frankl in international journals (Logotherapy, Career Development, Disputatio Philosophica, Poetry, Philosophical Practice, Humanities and Peace and USF Pierless Bridges.). In total, Sister Carol has received five scholarhsips that all focused on graduate studies of Dr. Viktor Frankl.

Throughout those years her work was not only academic, but included counseling dying children and seriously injured adults, and participating in an interfaith group of families who were victims of crime. "The gift of the group," she says, "was to see the faith transformation of families who were struggling to heal and to forgive. Those blessings were 'signs of the times' of The Church in the Modern World, a church reaching beyond boundaries to those who were suffering greatly."

While a Professor of Human Services at Notre Dame de Namur University, Belmont, California, Sister Carol taught classes in communications, human relations and cultural diversity. Most of her students were older and come to class tired after a full day's work. She found that, as adults, they are searching for spirituality and meaning in life—something more than a job. Dr. Arnell Etherington Reader, retired NDNU professor, knows Sister Carol's work well: "She is dignified quiet in the midst of a storm, and insightful, yet has a terrific sense of humor. She has an active academic life beyond the university, including publication of many articles on Viktor Frankl. Most of all, the students love her. She is so interested in what they are doing beyond the class and is most generous with her time with them."

Sister Carol currently has several roles at the University of San Francisco (USF) and is writing a book. Her most recent publication is an article titled "The Soul as Bold – The Force of Faith," for the forthcoming Volume 3 issue of the USF Lane Center's publication "Pierless Bridges,"

Sister Carol is grateful—grateful for the development of her own faith and grateful to share her understanding and commitment to the mission of Notre Dame de Namur.

To make a gift to the Sisters in honor of Sister Carol's Jubilee, please click here.